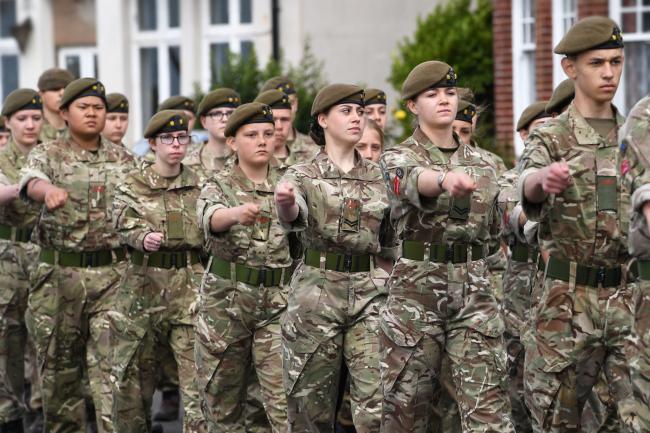 Thousands of residents and visitors came out to join in what has been branded the best Armed Forces Day event yet. The event, in aid of the Royal British Legion celebrated and honoured those that serve and have served in the Armed Forces.

At 10.30am local veterans and uniformed groups mustered at Arun Parade before marching down South Terrace and into the East Green arena to take part in a traditional Drumhead Service which kicked off a packed day of attractions and entertainment.

Following the Service, all eyes were on the sky when the Starlings Aerobatic Team put on an impressive aerial display over the sea.

Spectators surrounding the main arena were treated to two performances from the Stannage Stunt Team. The team, comprised of Aaron Stannage, Conor Brennan, Jordan Paton and Amy Hodgson put on an impressive show by taking on numerous death-defying stunts and jumps. Crowds cheered Aaron and his team as they leaped over one of our featured armoured vehicles and performed high falls and fire runs.

Other highlight attractions included the Cadets Massed Band performance on the Stage by the Sea, a BBMF Hurricane aerial display, an armoured vehicle display, a performance from the Gatwick Caledonian Pipe Band, a display of military vehicles, vintage fire engines and a replica static Spitfire as well as a variety of exhibits and activities in the Littlehampton Museum tent.

Speaking about the event, Chair of the Community Resources Committee, Councillor Billy Blanchard-Cooper, said: “It was a great day from start to finish. I would like to thank all of the community groups, performers, contractors, the RNLI, Foreshore Office, Coastguard and Harbour Board who helped our events team make the day happen. Thank you to everyone who made a donation to the Royal British Legion’s Poppy Appeal, their stall raised over £1,000. The event continues to be so well supported and it is fantastic to see so many people of all ages enjoying themselves. I would also like to thank Harbour Park in particular who support the event each year.’’