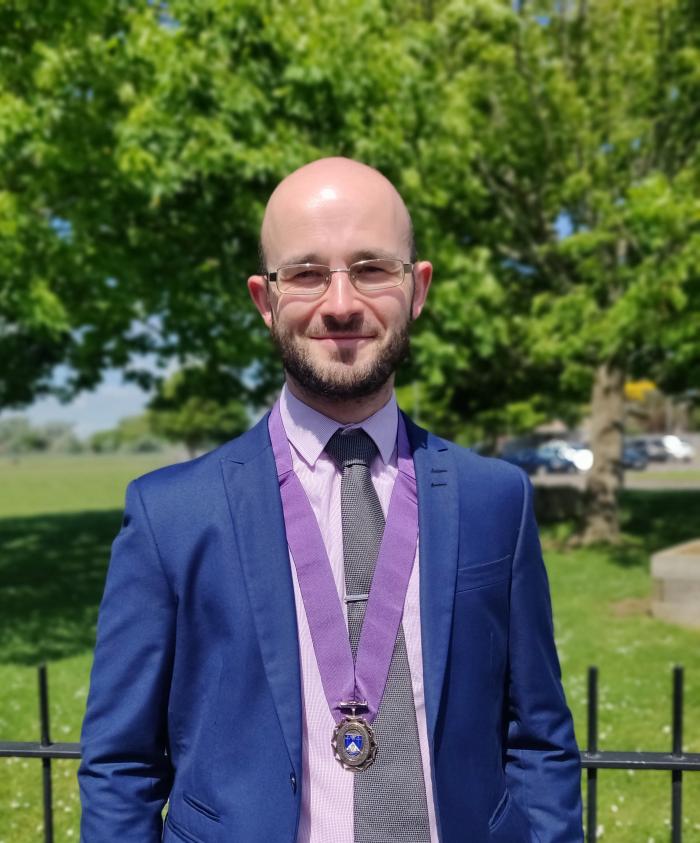 Councillor Freddie Tandy has lived in Littlehampton his whole life, growing up in Wick. Having attended local primary and secondary schools, he left briefly to attend university before returning to train as a teacher locally in Bognor. Following this, he has worked ever since at The Littlehampton Academy, first as a teacher, and now as a member of Academy’s Extended Leadership Team.

In 2015, Councillor Tandy was first elected to the Town Council, serving on a number of committees and working groups, allowing him to gain a deeper understanding and insight about the work of the council and the community it serves. Following his re-election in Courtwick with Toddington ward in 2019, Councillor Tandy now chairs the Planning and Transportation Committee and the Community Centres Sub-Committee, which is currently overseeing the development of two brand new youth and community centres in Wick and North Littlehampton. He has also actively served on a number of the Council’s other committees, including as Vice-Chair of the Community Resources Committee, in which he regularly attends local events and groups.

A keen advocate for the voice and opportunities of young people, Councillor Tandy is the Treasurer and Secretary of The Keystone Centre in Wick, working alongside Arun Youth Projects to ensure an attractive and sustainable youth service can be provided out of the centre for the benefit of the town’s next generation. Councillor Tandy has also worked closely with fellow ward councillors in the area to ensure that the ongoing housing developments in the north of the town are accompanied by appropriate resources and infrastructure to support both the new and existing population, including health facilities and highway infrastructure.

Away from work and his time as a Councillor, Councillor Tandy can often be found enjoying the beaches and countryside of West Sussex with his friends, enjoying the town’s burgeoning hospitality offer, or making use of the excellent facilities at Littlehampton Wave.

How to address the Deputy Mayor

The correct description on letters and envelopes is: The Deputy Mayor of Littlehampton, Councillor and their first and last name or more simply "The Deputy Mayor". If the Deputy Mayor is present without the Mayor and is representing them then they have the same precedence as the Mayor would have if they were present.

If both the Mayor and Deputy Mayor are present the Deputy ranks immediately after the Mayor.

See our past Mayors